WHO to halt Trump-endorsed Hydroxychloroquine 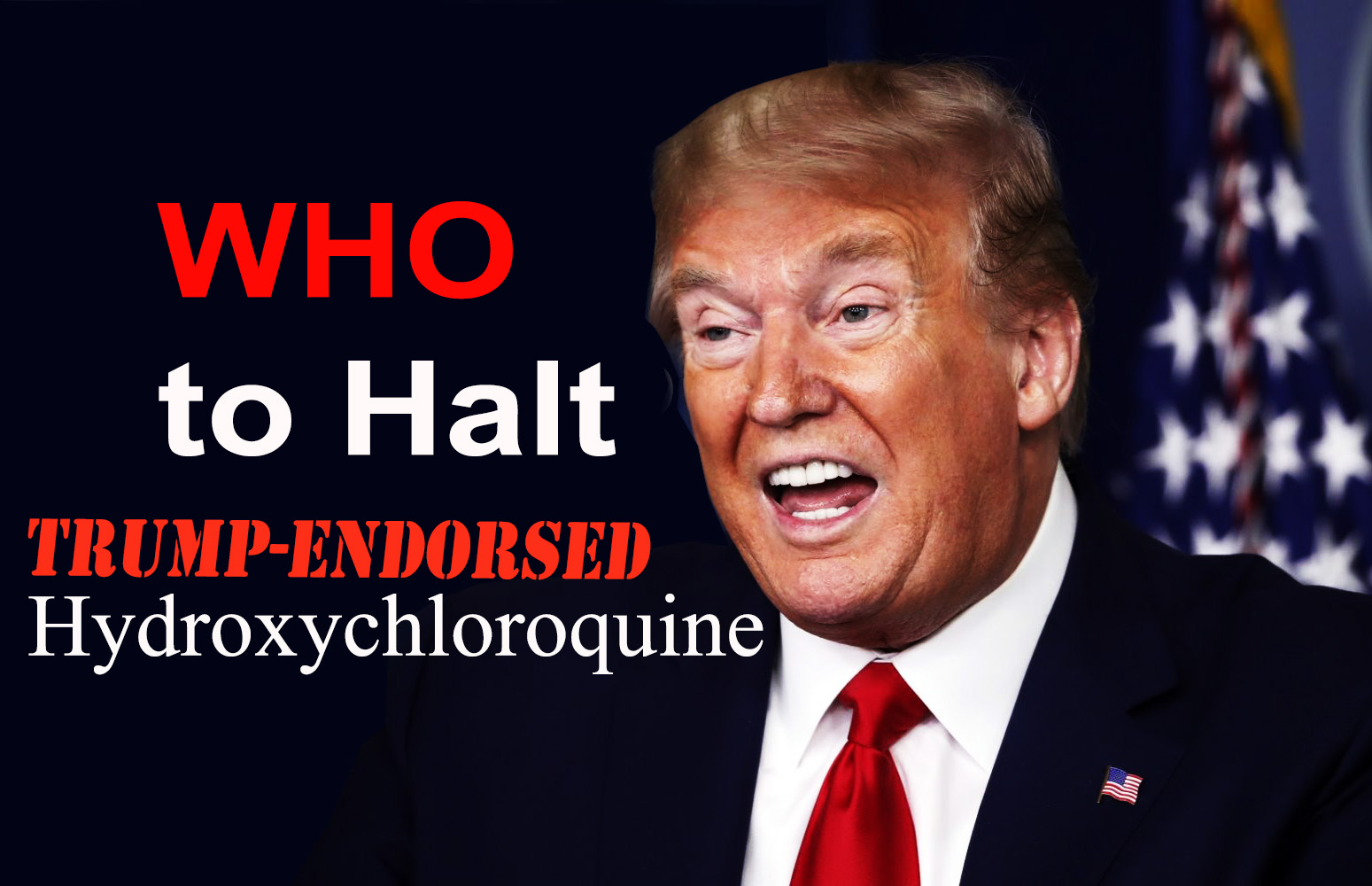 After conducting considerable trials in several countries, the World Health Organization (WHO) has decided to halt the use of Hydroxychloroquine, the acclaimed Trump-endorsed drug for the treatment of Covid-19.

The various medical studies conducted in this area have suggested that the drug could increase the risk of patients dying from Covid-19 due to cardiac problems.

The medical studies involved 96,000 coronavirus patients, it has been proved that nearly 15,000 of whom given Hydroxychloroquine or the related forms of Chloroquine, either likely to die in the hospital or developed cardiac complications.

The US President Donald Trump recently said that he is taking Hydroxychloroquine to ward off Covid-19, even though health officials have warned it may be unsafe. But after taking the medication, the President said that “I’m taking it for about a week and a half now and I’m still here, I’m still here,”, “I’ve heard a lot of good stories about Hydroxychloroquine and if it’s not good, I’ll tell you right I’m not going to get hurt by it.”, the President added.

Though some people in the White House have tested positive for coronavirus, the president said again that he had “zero symptoms” and was being tested frequently.

Dr. Sean Conley, the official physician to the president, said in a statement issued through the White House recently that Mr. Trump was in “very good health” and “symptom-free”.

The US Navy officer in fact also concluded that after numerous discussions regarding the evidence for and against the use of Hydroxychloroquine, the potential benefit from treatment outweighed the relative risks as opined by some experts.