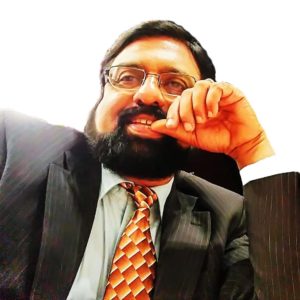 Dr. C.T. William was born in Jullundur, Punjab India on June 21, 1959. His father was a soldier. Mother a common housewife. He was graduated with a degree in English Literature and post graduated in Management Studies. He also had a Doctor of Philosophy in Human Resource Management in addition to a Master of Philosophy. He was a researcher and trainer in Human Resource Development, the correspondent for Youth-N-Fashion (English magazine), printer and publisher of Sarovaram (Malayalam magazine), director of documentary films and a member of Amnesty International. He had published many books in Malayalam having philosophic and literary thoughts. He is an outstanding writer, orator, trainer, Journalist, blogger, Vlogger, and social activist. Now he is living in Kerala, India.