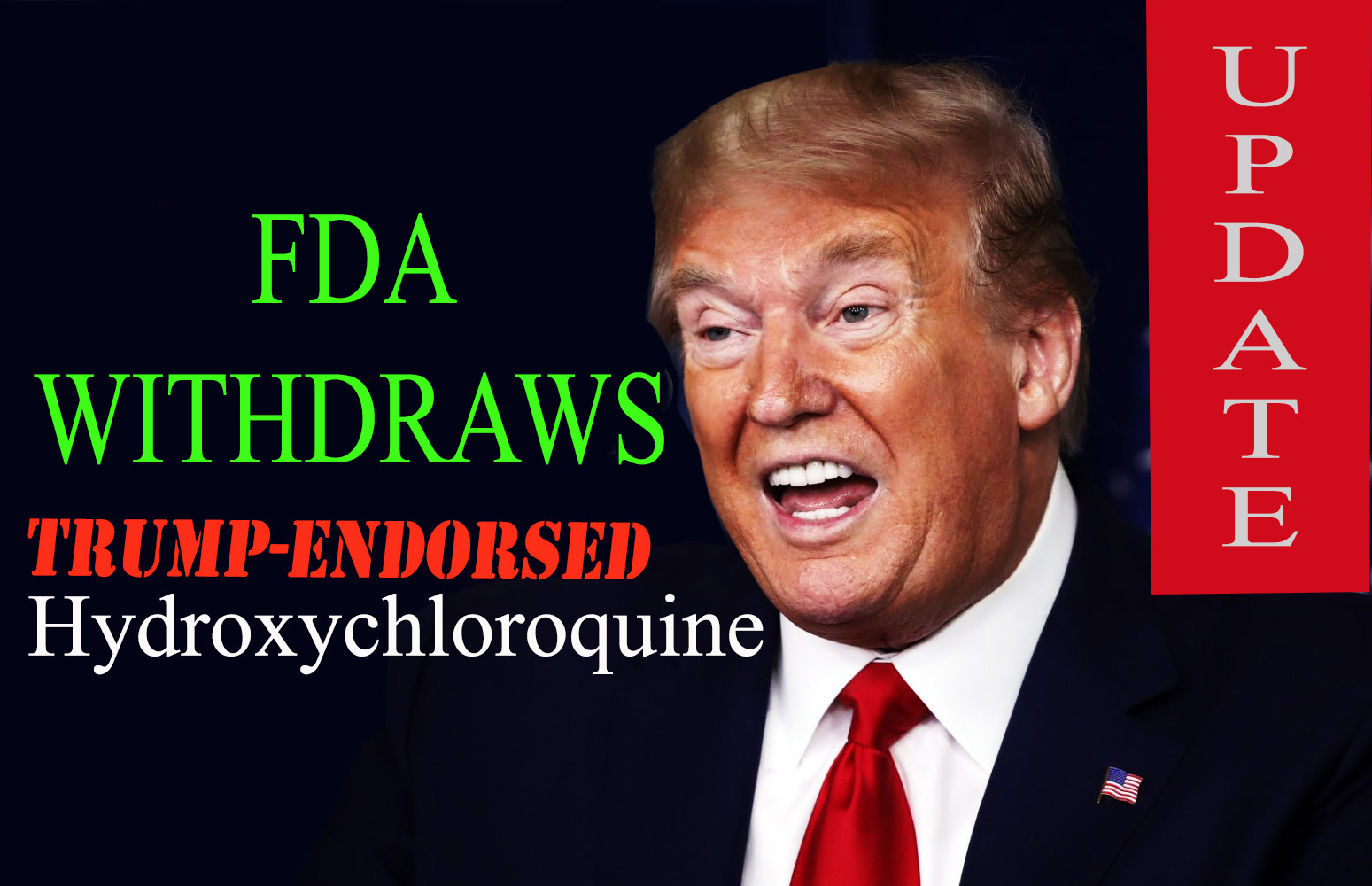 The US Food and Drug Administration (FDA) has withdrawn Hydroxychloroquine with supporting evidence that the drug has no anti-viral effect. The FDA has granted the use of the drug for some serious and emergency cases. After conducting clinical studies the FDA has suggested that Hydroxychloroquine is ineffective in treating the deadly virus and failed to prevent infection and the agency concludes that the drug does not save lives.

The 74-year-old US president, Mr. Trump, the promoter of the drug has reacted to this decision saying that he had previously taken the drug as a preventive measure and confirmed that he experienced no side effects.

Earlier, after conducting considerable trials in several countries, the World Health Organization (WHO) had decided to halt the use of Hydroxychloroquine, the acclaimed Trump-endorsed drug for the treatment of Covid-19. The various medical studies conducted in this area have suggested that the drug could increase the risk of patients dying from Covid-19 due to cardiac problems.

The medical studies involved 96,000 coronavirus patients, it had been proved that nearly 15,000 of whom given Hydroxychloroquine or the related forms of Chloroquine, either likely to die in a hospital or developed cardiac complications.