“Monumental” Deal to arrest the syndrome that makes humanity “Monument” 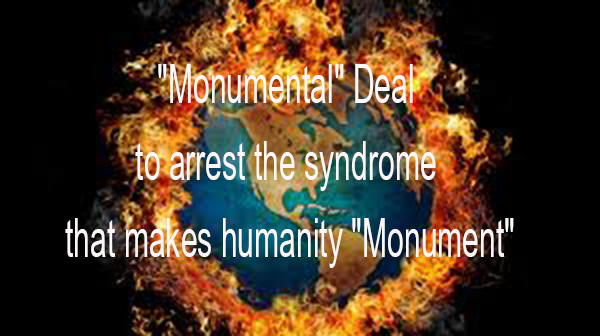 “Monumental” Deal to phase out Hydrofluorocarbons (HFCs) that are making global warming worse. More than 150 countries have reached at a consensus to cut short the use of HFC that are widely used in fridges, air conditioning and aerosol sprays. HFCs posed an immediate threat to a safe climate due to their increasing use and high global warming potential, thousands of times more potent than carbon dioxide.

“Monumental” meeting in Rwanda accepted a complex amendment to the Montreal Protocol that will see richer countries cut back their HFC use from 2019.

The “Monumental” agreement if implemented in full it will make a big difference to global warming. Experts estimate it will remove the equivalent of about 70 billion tons of carbon dioxide from the atmosphere by 2050.