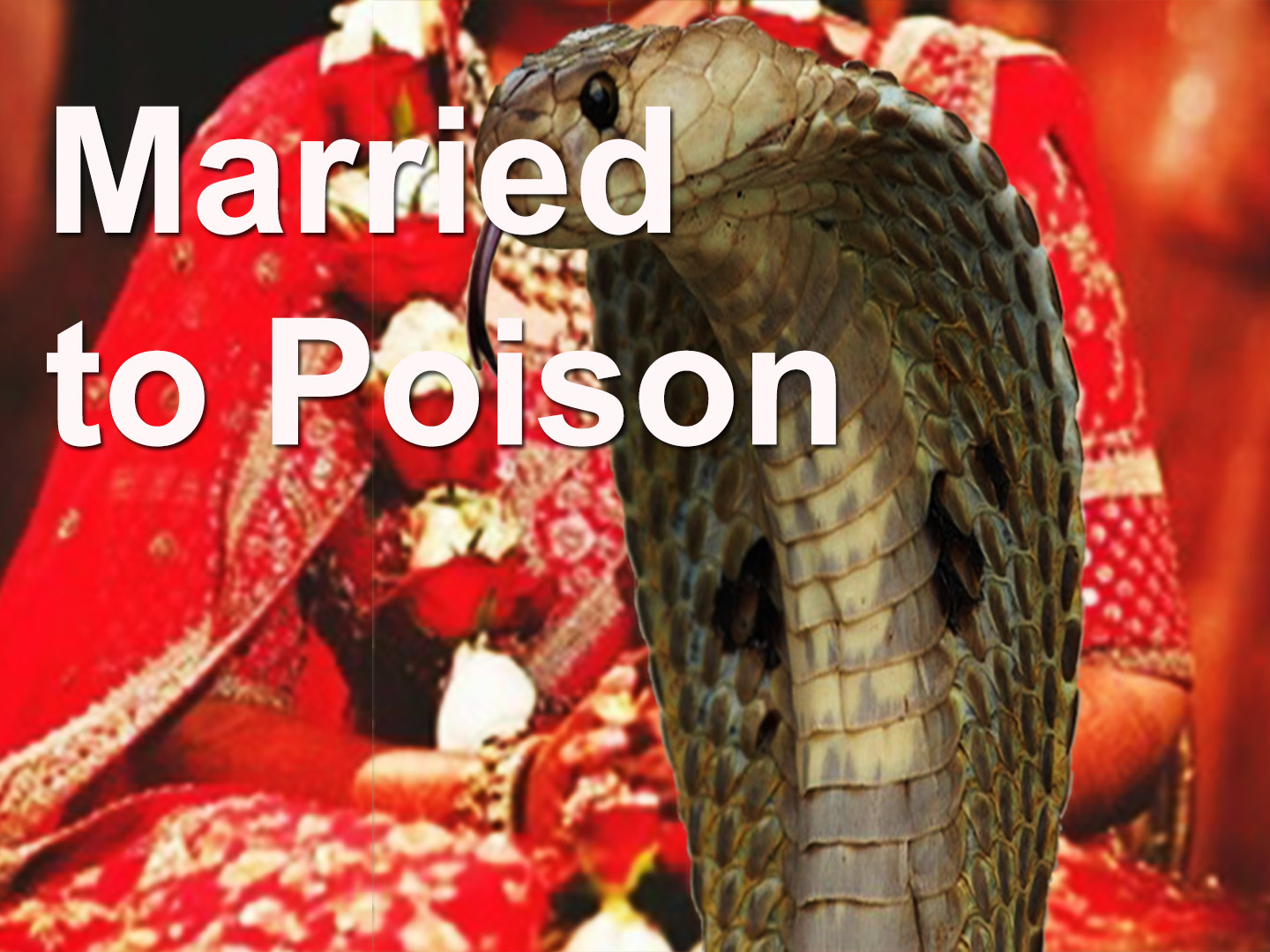 A girl was married to poison. The incident is quite embarrassing and exceptional of its kind that happened in God’s Own Country, Kerala. The incident displays warning signals to all parents having daughters in the world, especially Kerala. The sacred concept of Kanyadan, the offering of virgin daughter to the most eligible man is being sabotaged with this unprecedented tragic incident that happened in the ceremonious Indian culture.

The death of a young Kerala girl named Uthra who suffered from two snake bites in a short span of two months, has revealed the well-plotted and savage murder attempts of her deadly poisonous husband, Sooraj. The woman was on the survival mode after having the first snake bite from Viper when she was suffered from a more deadly second snake bite. The second snake bite was from a cobra and the woman died while her husband brutally enjoyed her death. In both incidents, it is believed the husband of the woman secretly brought the snakes in the bedroom and unleashed them to murder his wife. This is the intro of the story.

The parents of the woman found something rotten in the incidents and filed a petition to the Kerala police for suspected murder. The Kerala police then handed over the case to the crime branch that probed the case and revealed the cruelest and strange murder operations of the husband of the woman, Sooraj. He and his aide Suresh, who supplied snakes, were later arrested and the criminal and legal proceedings are on.

Sooraj tried his level best to divert the case with the involvement of the relatives of the woman in connection with the inheritance of the family property. But his attempts were proved futile with the investigations of the crime branch. The motivation behind the murder is amassing the dowry and to lead a more prosperous married life that will bring him more substantial wealth as dowry. The case is very challenging to the crime branch in the absence of any eyewitnesses, but the crime branch expressed their greatest concern and optimism that the case could be proved with all its circumstantial as well as forensic evidence.

As per the statement of parents, the couple slept in an AC room and it was very difficult to believe the presence of snake there and it was also not convincible that Sooraj failed to notice the snake in the bedroom. The parents also alleged that Sooraj has some connections with the local snake handlers of the area. The cyber evidence has proved the claims of the parents true in this regard.

The parents alleged that their daughter was harassed frequently for more dowry. They also stated that some ornaments that they presented during the wedding were missing from the locker. The couple was married two years ago and have a one-year-old son. This incident once again warns the society of the inhuman practice of the dowry system that continues even though it was punishable under the law.