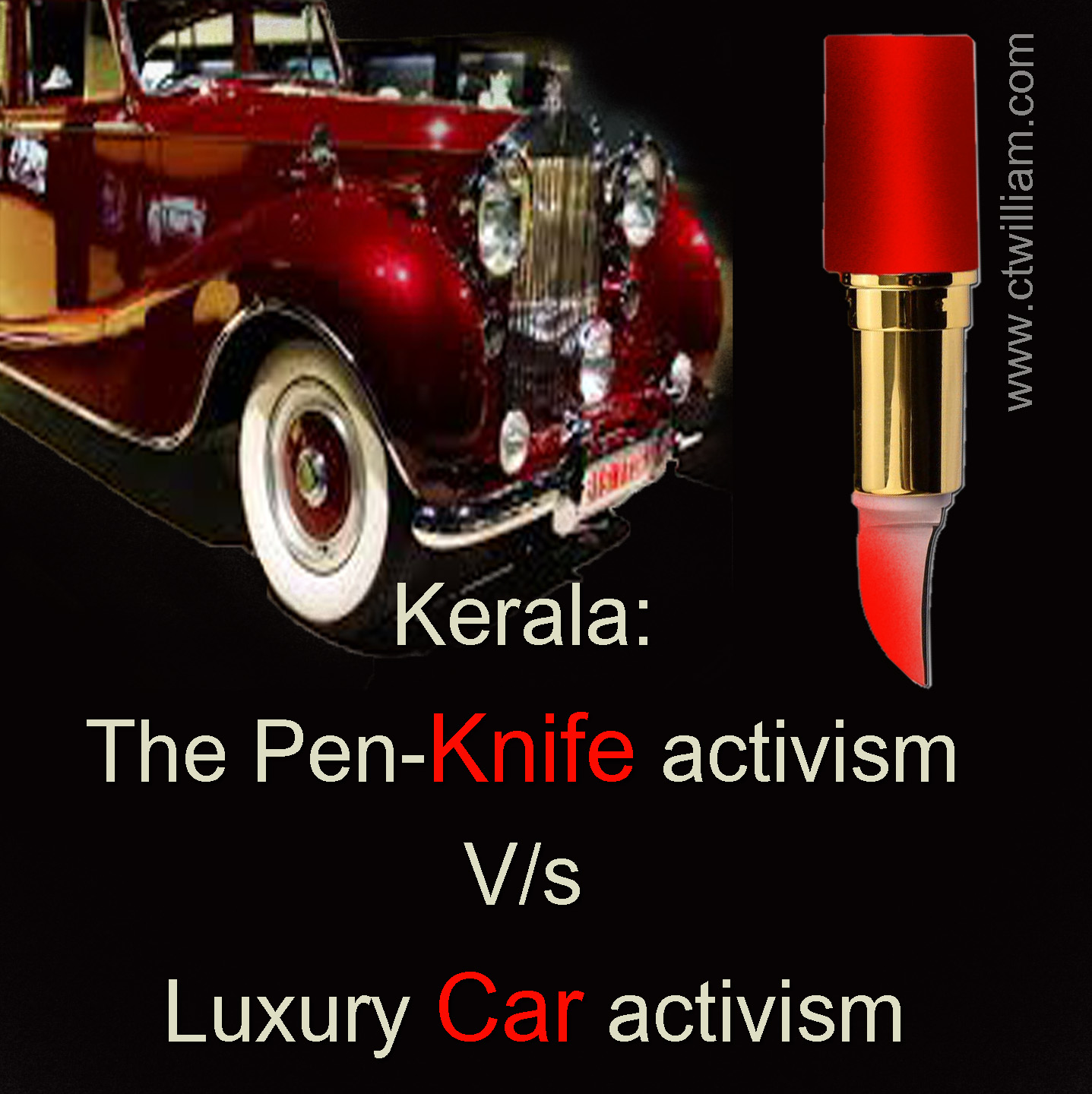 Four decades back while I was attending a literary camp at Pervannaamuzhi, Calicut, Kerala organized by the students union of Calicut University, the great Poet Kunjunni Master funnily interpreted the University as “The Varsity of You (U)”. The poet abbreviated the word “You” as the alphabet “U”. It was a wonderful and thought-provoking fun at that time and we the students and the aspirants of literature proudly accepted the interpretation that the University is nothing but the collectiveness of the student community.

All students of the University College were christened as SFI’ians and the teachers became their Godfathers and Godmothers. The CPIM party has acted as the church of communism that pioneered the rites and rituals of the christening ceremony. Accordingly, SFI’ians only are admitted to the college and all other non-SFI’ians are either annihilated or side-lined. They used their pen-knives for open surgery to ensure that communist blood is properly flowing all over the nervous system of the students. Believe it or not; the news is out to prove these facts. They have invented the new doctrine of academic democracy that the University is governed by the students and for the students.

Politics is always the play of opportunities. For the communists, it is a play of community-based opportunities. Opportunities that are generated out of communal harmonies and disharmonies. Sabarimala issue in Kerala, to the communists, is such an opportunity. They took advantage of the harmonized new-gen women community on one side and the disharmonized traditional women community on the other side. And they lost the game ultimately in the recent Lok Sabha election.

The politics as emerged within the Congress party are but another game of fortunes and misfortunes. The congress politics is precariously swinging between fortunes and misfortunes for the last so many years. The congress party is losing its ground at the national level due to immature leadership misfortunes and the party is having some gains in the state of Kerala due to fortunes sowed by the communists and the Bharatiya Janata Party in the pious land of Sabarimala. Though the Congress has won lion-share of the Lok Sabha seats, the party vessel is sinking amidst unfavorable political conditions. To make matters worse, paradoxically the captain of the ship Mr. Rahul Gandhi miraculously escaped from the sinking ship leaving the unfortunate refugees in the orphaned ship.

Losing the total control of the Congress party there reigns anarchy within the disintegrating system. The party is under the gunpoint of visible and invisible factions and group-heads. The party has lost its ideological discipline and ethics. A prominent group has started funds collection for purchasing a brand new luxury car for the young MP who won the monopoly CPIM seat in Kerala with her charismatic and exceptional personality. The KPCC president has registered his open protest against the funds’ collection and the unethical move of the group was aborted. But the group equilibrium was badly hurt and the ship is sinking deeper and deeper. Why the congresspeople are thinking of a luxury car within a sinking ship instead of trying either for a lifebuoy or a small boat to save the party refugees trapped inside.