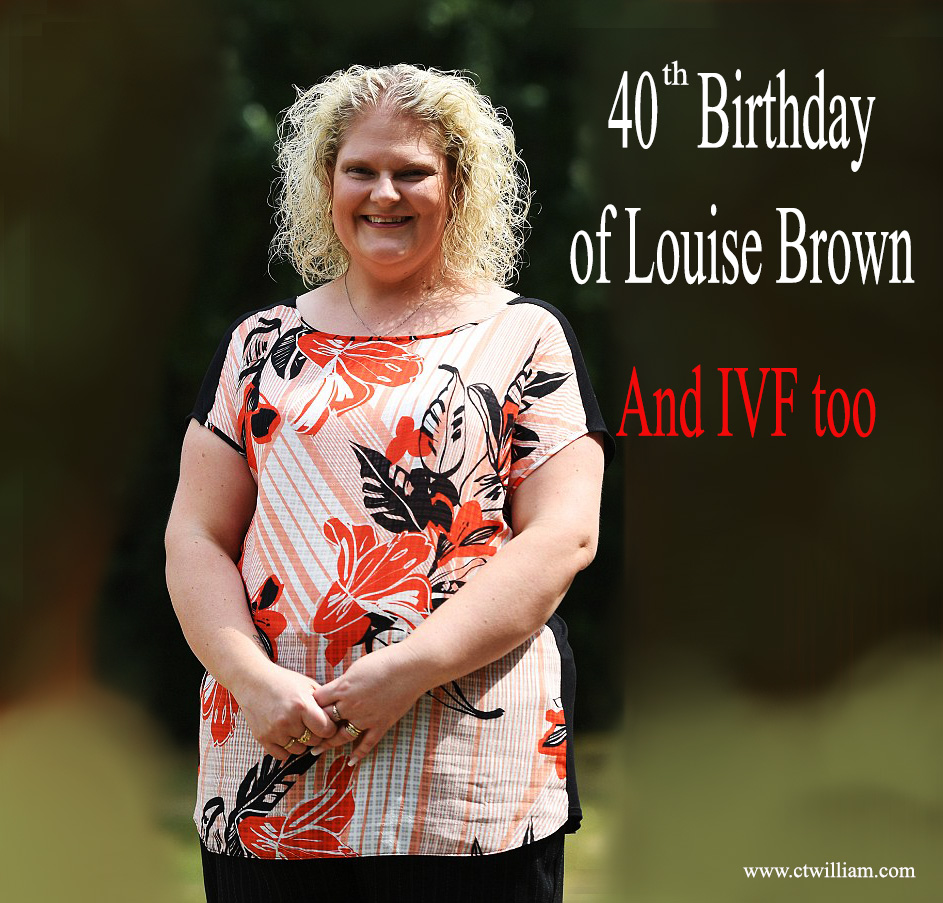 More than 8 Million Louise Browns are there in the universe to say Happy Birthday to the world’s first test-tube baby Louise Brown today.

Dr David Adamson speaking on behalf of the International Committee Monitoring Assisted Reproductive Technologies (ICMART) said: “Based on ICMART’s annual collection of global IVF data, it is estimated that since Louise Brown’s birth in 1978 over 8 Million babies have been born from IVF around the world.”

Louise Brown, the world’s first IVF baby, was born on 25 July 1978 at Oldham General Hospital, UK. Her In Vitro Conception with an egg collected from a natural cycle was the historic procedure headed by Robert Edwards, the Cambridge reproductive and Dr. Patrick Steptoe, the Oldham gynaecologist.

Since 1968, Dr. Robert Edwards and Dr. Patrick Steptoe had been researching fertility methods that included artificial insemination and In Vitro Fertilization, or IVF. IVF is the process in which an egg is removed from a woman’s ovaries, harvested and fertilized with a male’s sperm in a laboratory, then implanted in the woman’s uterus where it develops and grows. 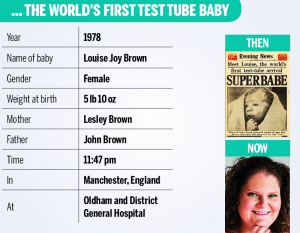 The revolutionary IVF process that led to the conception of Louise Brown was hotly debated within medical and religious circles alike and the physicians who involved in this method of fertilization continue to face accusations of “Playing God.”.  IVF is still considered unethical by many religious groups comfortably forgetting the fact that, since Louise’s birth in 1978, over 1 million children have been born using this revolutionary procedure.

Louise never encouraged the description of herself as a “test tube baby” though she was very much proud of her personal role in the advancement of medical science. She has declined the covetable offers from media either to sell or to propagate her story. Louise with her extraordinary beginning, has managed to lead an ordinary life.

Now on her 40th Birthday she has changed her attitude towards her revolutionary existence and decided to hand over those mementos of her historic existence kept by her mother to the Science Museum in London and later will be displayed at the Bristol’s M Shed museum from December.

Louise’s archive containing letters, gifts, photos and newspaper clippings, including hospital appointment cards and correspondence has been now unveiled on her 40th birthday. These valuable souvenirs were stored in a wardrobe at the family’s Bristol home and only found following Mrs Brown’s death in 2012, Louise’s mother.

Louise Brown, now herself a mother-of-two, said: “My mum kept everything concerned with my birth from the appointment cards when she was trying for a baby right through to all the correspondence from journalists and people all over the world following my birth. Her mother and father, John, were the first couple to successfully undergo in vitro fertilisation (IVF) and Louise was born at Oldham General Hospital on 25 July 1978.

On her 40th Birthday Louise revealed a most surprising romantic story that one of those greeted her when she returned from hospital was her future husband, Wesley Mullinder.

Then an eight-year-old in Bristol, he had followed the crowd across the street from where he lived to greet her parents. There was so much press interest, with 100 journalists at the door, and lots of children just wanted to see what was going on. He was among that group.

These little angels later met in their adulthood, when Miss Brown was 24 and the romance blossomed.

About a year into our relationship my husband told me he had been there after I was born. Astonishingly she said, ‘It was only when we met years and years later that I found out he lived across the road from my family home at the time. The blessed couple now have two children of their own.

Louise Brown’s message to the world is this: ‘My mum just believed it would happen and it did. Just keep on persevering and if you believe it will happen, then hopefully it will.