“There’s danger to it, but I stood out front, and led” Trump 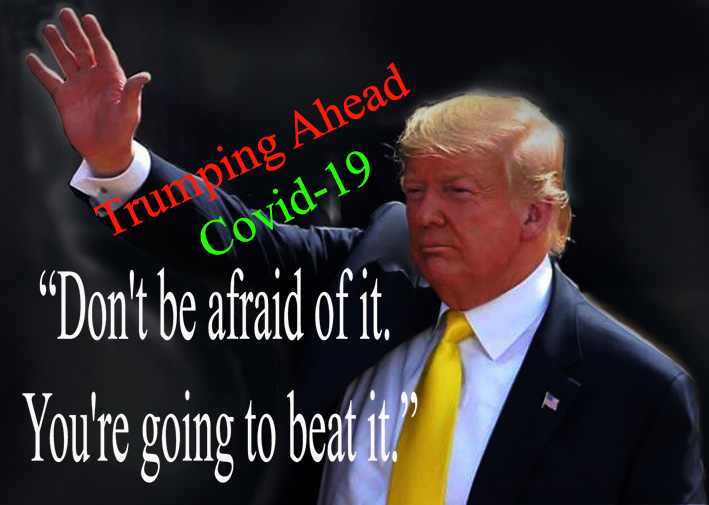 After a three-night hospital period, Mr. Trump was back to his heels and addressed Americans with a positive thumbs-up and a military-style salute. Mr. Trump as usual removed his mask and nullified once again the coronavirus and bravely inspired the American public to overcome the pandemic.

However, his physician Sean Conley initially responded nothing in detail but said that Mr. President is still on the steroid dexamethasone and on the three doses of antiviral drug Remdesivir and the medication is continuing. After three days Mr. Sean said that Mr. President is extremely well and stable. Mr. Trump was treated with the steroid Dexamethasone, Regeneron Immunity booster, Remdesivir Anti-Viral, Famotidine-for decreasing stomach acid production, Zinc and Vitamin-D, Melatonin-Anti-Inflammatory, and Aspirin-Blood thinner.

The fact is that the President is back with medication. At the same time, it is a fact that several of Mr. Trump’s staff and aides have also tested positive for the virus in these days. But the Bold President Donald Trump said to the world, “Flu season is coming up…Are we going to close down our Country? No, we have learned to live with it, just like we are learning to live with COVID.”

Even then one cannot wipe out the fact that the US, worst-hit by Covid-19, is struggling with its 7.6 million pandemic cases and the death toll of 2.2 Lakhs. But Mr. Trump says, “Now I’m better, maybe I’m immune, I don’t know… Don’t be afraid of it. You’re going to beat it.” Again the fact remains is that some of the chief officials and the senior military officials are under the threat of COVID-19.