The Parrot is out. China hooked One Million corrupt officials 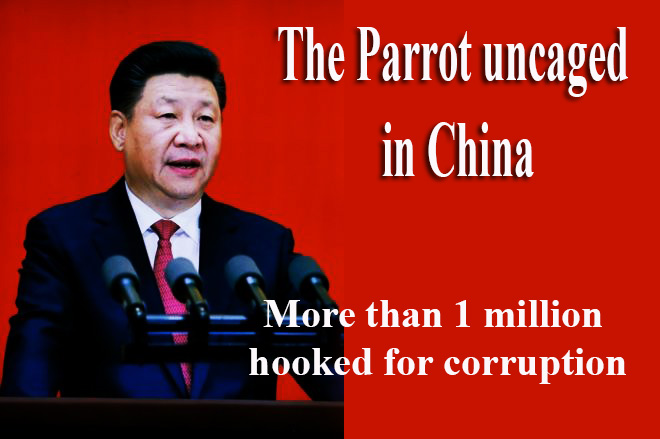 The central committee for discipline inspection, the party’s corruption watchdog, of China has released the embarrassing statistics that more than one million officials have been punished for corruption since 2013.

The corruption drive has hooked the corrupted from low-ranking officials to top ministers, as well as members of the business and media establishments. President Xi Jinping is on the front in its wide-ranging anti-corruption drive.

Major corruption suspects were guilty of bribery and abuse of power, among other crimes.

But some observers say the anti-corruption drive by Mr. Xi Jinping is to nullify his political rivals.

China has been pursuing the corruption suspects who have fled the country in its Sky Net and Fox Hunt security operations.