The Murder Audit In Kerala 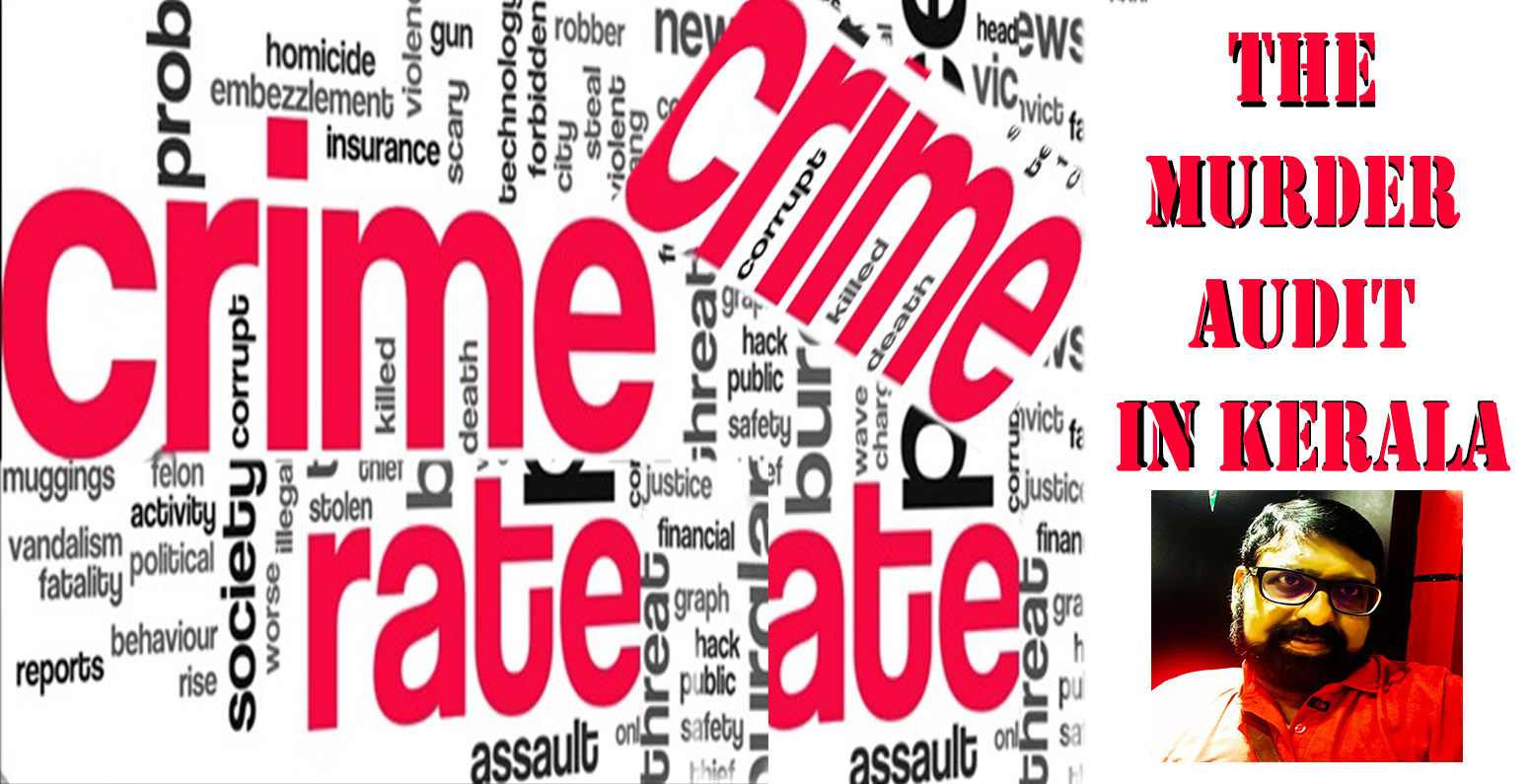 Politics and Murders are the two sides of the same coin. Politics and Murders are beautifully blended or synchronised in the universe, but it is more and more beautifully blended or synchronised in Kerala. Murder politics, Political murders, Politics oriented murders, Murder oriented politics are the different terminologies that still not clarified or interpreted either logically or sociologically. But the unanimously united political front is continuing its successful pathetic journey since the inception of the political parties in the world.

This precarious blend of Politics and Murders gradually started its slow pace to achieve its fast track to touch the grave acceleration of multiple murders. Factually speaking no political parties are exempted from this fatal flaws. It will not be justifiable to analyse any specific murder here to establish the pros and cons of this issue. Because such an attempt either to equate or justify any of the murders will be treated as the most fatal act than the most inhuman political murders.

In Kerala most of the political parties and the media are struggling their maximum either to equate, eclipse or to justify the political murders staged by the various political parties. Believe it or not statistics tell us the unpleasant grave side of the issue. What is happening here, while these subjective agencies analyse this issue? It is simply a Murder Audit that releases fake statements of Asset and Liability or Profit and Loss that pertains the political murders. This murder auditing is therefore not mitigating the mortality but escalating the murders day by day.

The political party that alleged for lion-share of the murders in Kerala declared publically that they are changing their political style and attitude to escape from the allegations. This public statement of the political party clearly implies that their political style and attitude so far followed has resulted in the innumerable political murders in Kerala. The same party further declared in public that they will never the support or assist those culprits involved in these inhuman murders. Again this statement further solidifies the fact that the party has previously supported and assisted the culprits involved in the political murders that staged here. The total implication is that the party has undoubtedly sponsored innumerable killings and murders in this Gods own country.

Why there were no chained political assassinations, killings and murders in the pre-independence period? Because in those days political literacy reigned in the country and there were good Role Models to be followed in the country. Now there is neither political literacy nor Role Models to follow. The Indian history has terribly failed to create another Mahatma Gandhi in our country; but at the same time Nathuram Godse’s were produced on industrial basis.

What we lack miserably here is therefore the effective political literacy and good Role Models to light and guide the people of India. If these two essential sociological requirements are not met immediately, this country will form itself a graveyard to bury innumerable innocent human beings either killed or murdered on immature and cannibalic political egoism.

The providers of such good thoughts and Role Models are the writers and social reformers of the country. They will invisibly observe the society and accordingly good thoughts and good Role Models are produced. But tragically our writers and the so called social reformers have become the civil servants or yes-men of the rulers and bureaucrats that heads the country. The writers and social reformers have become the tools of the rulers and bureaucrats of the country for favours such as awards and offices that have upper hand in the county. This servility and slavery with the majority of the Indian Writers and Social Reformers should be eliminated with retrospective effect to save the country from its own graveyard.