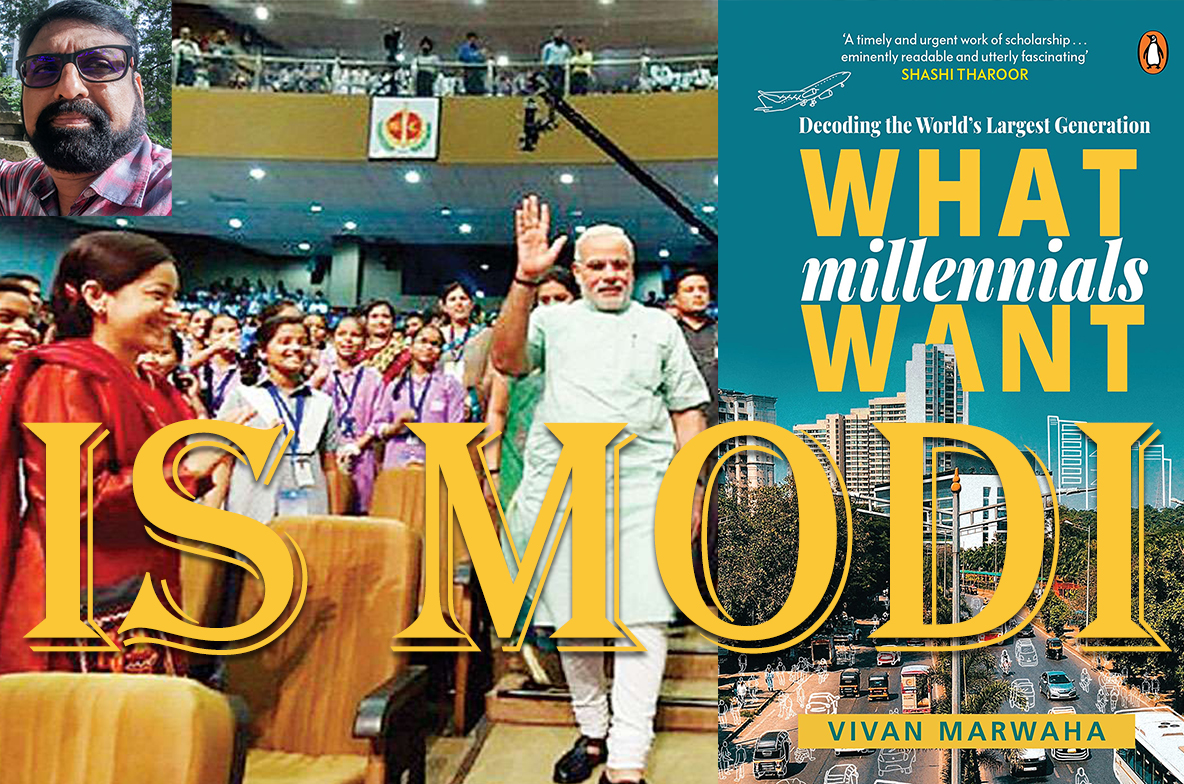 The youngest population in India is supporting Narendra Modi. To be more specific, millennials-those born between, 1980 to 2000 are with Narendra Modi. The explorative remark was from the Author, Vivan Marwaha. His book What Millennials Want (Penguin Viking) says it all. It was a great effort taken by the author to find out this historic exploration. The author strenuously researched the economic aspirations, social views, and political attitudes of Indian millennials.

The author’s research emphasizes that 40% of the Indian young Turks voted for Narendra Modi for his comfortable reign through the historic second turn. The millennials were in trouble initially, fearing the uncomfortable unemployment of the nation. But the mesmeric deft stroke of the magnificent artist Modi quite comfortably overcame the situation and won the minds of Indian youth.

The tea maker-turned-theoretician Narendra Modi did it linguistically rather than politically. He revolutionized the national approach towards the Indian youth against the dynastic and western mimics of the congress leaders. Modi spoke the language of India to enter the minds of Indian Youth. Thus the Hindi belt backed him to a considerably great extend to re-establish him for the second turn.