The Emergency is reborn and back ? 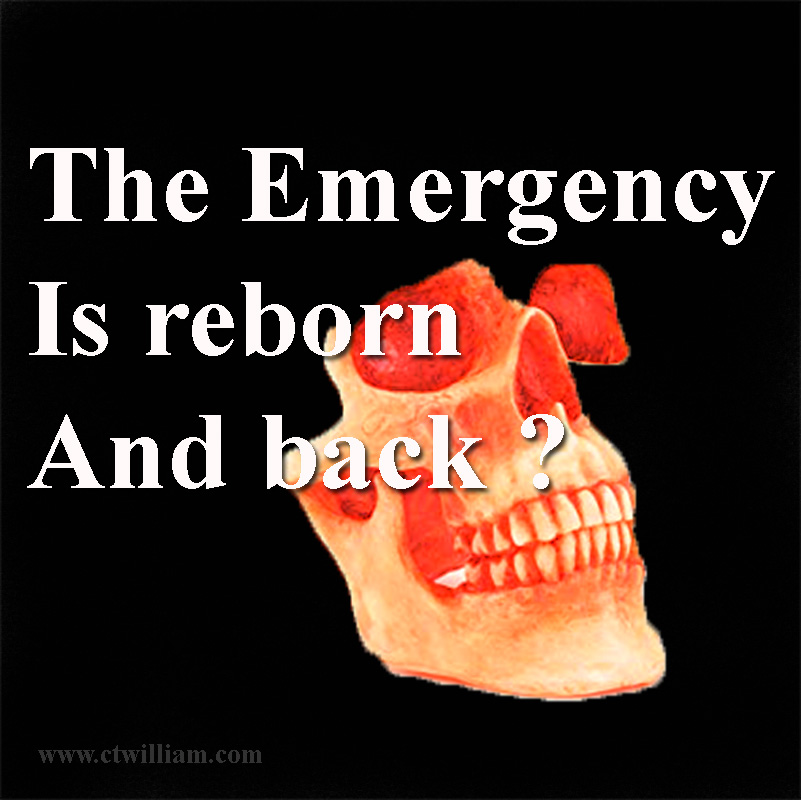 The dark days of Emergency is about to touch its half centennial milestone. The freedom lovers of India are commemorating those bitter days every year and reminding the rulers of every country of the better days of democracy to come. The artists, writers and the scribes have celebrated those days with their brush marks, writings and visuals. The people of India have comfortably forgotten those days of anti-democratic demolishment along with the terrific history.

But the history has to repeat itself to satisfy its own historic prophecies. And the Emergency is stealthily crawling into the democratic body of India as invisible cancer cells. The ever-acclaimed political chemotherapists and surgeons are either radiating or removing the cancerous cells periodically to remind democracy that the Emergency is incurable and no medicine so far invented.

Forgetting the black days of democracy, the congress have ruled the country at different intervals with a guilt-conscience concurrently with the guilty sub-consciousness that they could not survive over time. At last, the rule and rulers are changed. The filtered socialists were brewed several times to form the new socialistic wine in a new bottle of socialism and thus Bharatiya Janata Party came into force to fly their saffron flag over India. No change occurred. There were massacres and human rights violations at large as usual and the reborn democracy was once again brutally harassed and emotionally molested. The people with their implanted destiny forcibly accepted these massacres, human rights violations and the mortal threats to freedom and democracy. It was easier to them since they had the experience of Emergency earlier of which tolerance has become their familiarity. And fascism crept into the Indian democracy as usual.

The northern India was always under the shade of fascism even during the regime of British. After independence, the poor Indians continued to live with their fascist-oriented hardships and denial of human status. The red-armed Bengal, Tripura and Kerala but continued their tough battle against the fascist rulers and their dynasty. But with the emergence of neo liberalism the red-armed commune transformed themselves as the corporate communists and gradually the indigenous people’s communism was tragically vanished or abolished. The recent electoral exodus has further proved this tragedy with the people’s communism. And it has also proved the difficulty of its survival in the future.

The political history of Kerala could not set aside the dark days of Emergency quite easily. The historic Rajan case always remind the political conscience of Kerala of the black days of Emergency. Rajan, the engineering student was annihilated by the hunting dogs of Emergency leaving any traces of crime evidence and biological remnants. Nobody knows till date the mystery behind the annihilation of Rajan while he was under the custody of Kerala Police. Evidently it was a brutal custodial death. And the debate is on and on.

Now in Kerala, ruled by the communists, the Emergency is reborn and back. Four and half decades back it was Rajan, the martyr, now it is Raj Kumar. Raj Kumar an illiterate from Nedumkandam, was brutally murdered to death while he was under police custody. The reports in this regard remind us that the modes Operandi of the murder is the same that was staged during the dark days of Emergency. The promoters of Emergency, the congress annihilated Rajan, leaving no mortal remains; but the anti-fascist offenders of Emergency, the communists killed Raj Kumar leaving his dead body along with solid evidence to prove their militancy. The killing of Rajan is mercy-killing or euthanasia when compared to the brutal killing of Raj Kumar where it is a mercy-less killing. This is the only difference between these two killings. Let us wait for more investigative reports to prove otherwise.

Yes, The emergency is reborn and back. Feel ashamed with concrete suspicion that the anti-fascists are recalling the dark days of Emergency in India. And ashamed for it is happening in the God’s Own Country, Kerala ruled by the communists.