The country of Gods Controversies Cartoons 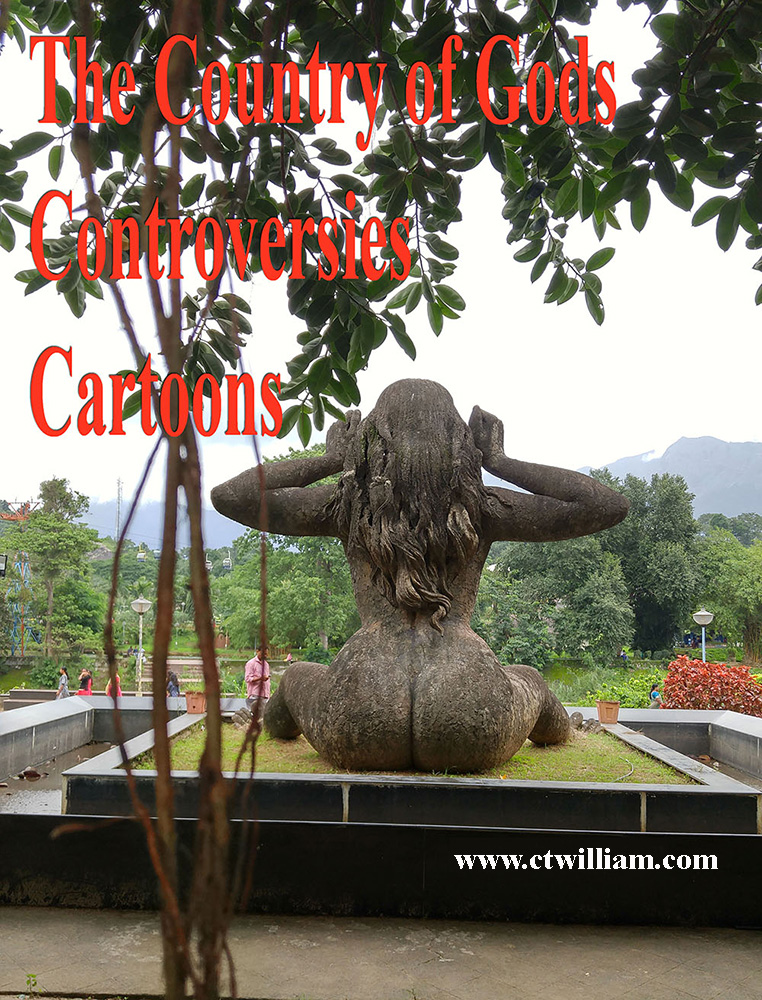 Gods own country is enriched with everything except the sexual ingredients to feed the paradise fearless. The Adams and Eves are restricted to have such carnal pleasures in the Paradise. The restrictions were imposed not by the God but the spokesmen of the God. Consequently sexual scarcity reigned in the Gods own country due to acute sexual starvation. The Bishop like the Fra Lippo Lippi of Robert Browning has to be out of the monastery and to enter the nunnery to meet his physical essentials. The nunnery on the other hand could not close the doors; for the Holy Scripture wants the doors are widely opened for the good shepherds. And controversies burned as the fable pertains to the priests and nuns.

If this be the situation of those who renounced; what will be the insinuations of the common people. The biology of sex is being banned by the pseudo sociologists of the Gods own country. Those sexually starved either male or female; priest or nun; were out of their caves and began hunting the Goddess of Venus. And those who could not exercise the hunting enviously started hunting those who enjoyed the ecstasy of temptations. This is the simple psychology of the present Gods own country.

What special will be there if a healthy man and woman are engaged in biology; let us not call it as sex? Nothing will happen if a male and female; either a priest or nun; if engaged biologically in the context they were unable to renounce and consequently announce their biological harmony with their mutual consent. But the new Gods and the people of the Gods own country are manufacturing controversial and sensitive happenings on this. These plotted happenings and the reactionary responses spread over people have expedited sexual harassments and atrocities in large scale in the Gods own country.

The love whether it is nuptial or non-nuptial nor of any kind among people are being handcuffed or shackled by the pseudo sociologists or moralists of this country. Hence, the reports on sexual harassments and sexual killings due to rejection of love and negation of sex are multiplied and the government and the media are celebrating the human as well as sociological tragedies. The Sabarimala issue is such a one that connected to sex and spirituality and the government and the political party headed the government has to swallow the bitter tastes of democracy in the recent elections.

Along with the diversified media, the writers and artists are also aimlessly wandering the barren lands of art and literature. The writers are after controversies and pathetically far away from creativity. The journalists are after tickling stories to accelerate the market rate of their media. The stories are neither invented nor discovered, but stealthily fabricated with the readily available resources that are marketed by the political parties or corporate lobbies. The recent cartoon controversy in Kerala reflects this truth where cartoons are made for hanging underwear on a bishop’s crosier. No reactions to uphold except registering our pity on our writers, artists, media and the government.