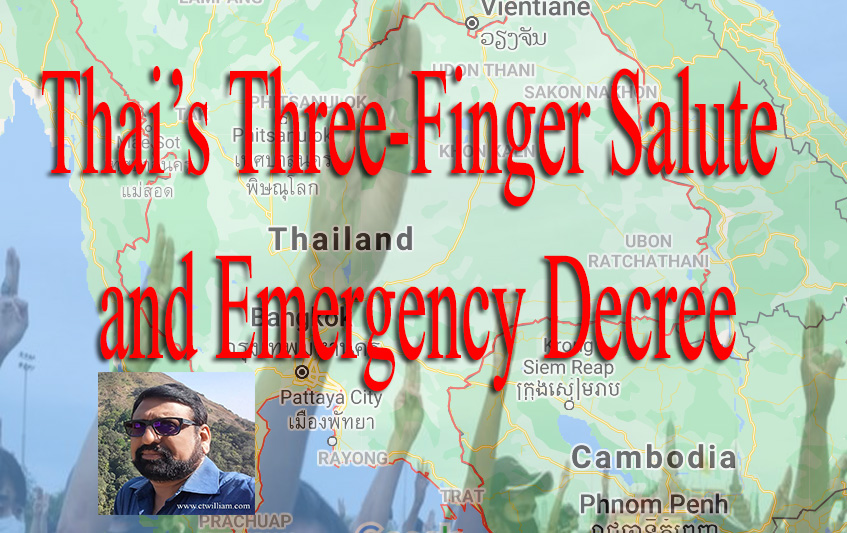 The Thai government has announced an emergency to combat the student-protests that have “invited, incited, and carried out unlawful public gatherings” in Bangkok, according to the government’s decree. The emergency expected to “maintain peace and order” in the country, came into effect at 04:00 local time on Thursday (21:00 GMT on Wednesday). The government said that the protesters are “instigating chaos and public unrest”.

The protesters have demanded the resignation of Prime Minister Prayuth Chan-Ocha. They have also demanded curbs on the king’s powers. The protesters have confronted a royal motorcade recently and it resulted in the emergency decree. The protesters raised the three-finger salute that has become a symbol of the protest movement as the queen was driven through the Bangkok city.

The government stated that the emergency aims to limit the gatherings to four people and it will also impose restrictions on the media, both print and electronic. The media, according to the government is creating misunderstandings and confusion among the people and it adversely affects national security or peace and order.

The currently-activated student-led protest comes to thousands, began in July this year, and has grown to the greatest challenge against the Thai ruling establishment. Recent reports say that some of the protest leaders have been arrested. However official clarifications or comments on this not yet out.