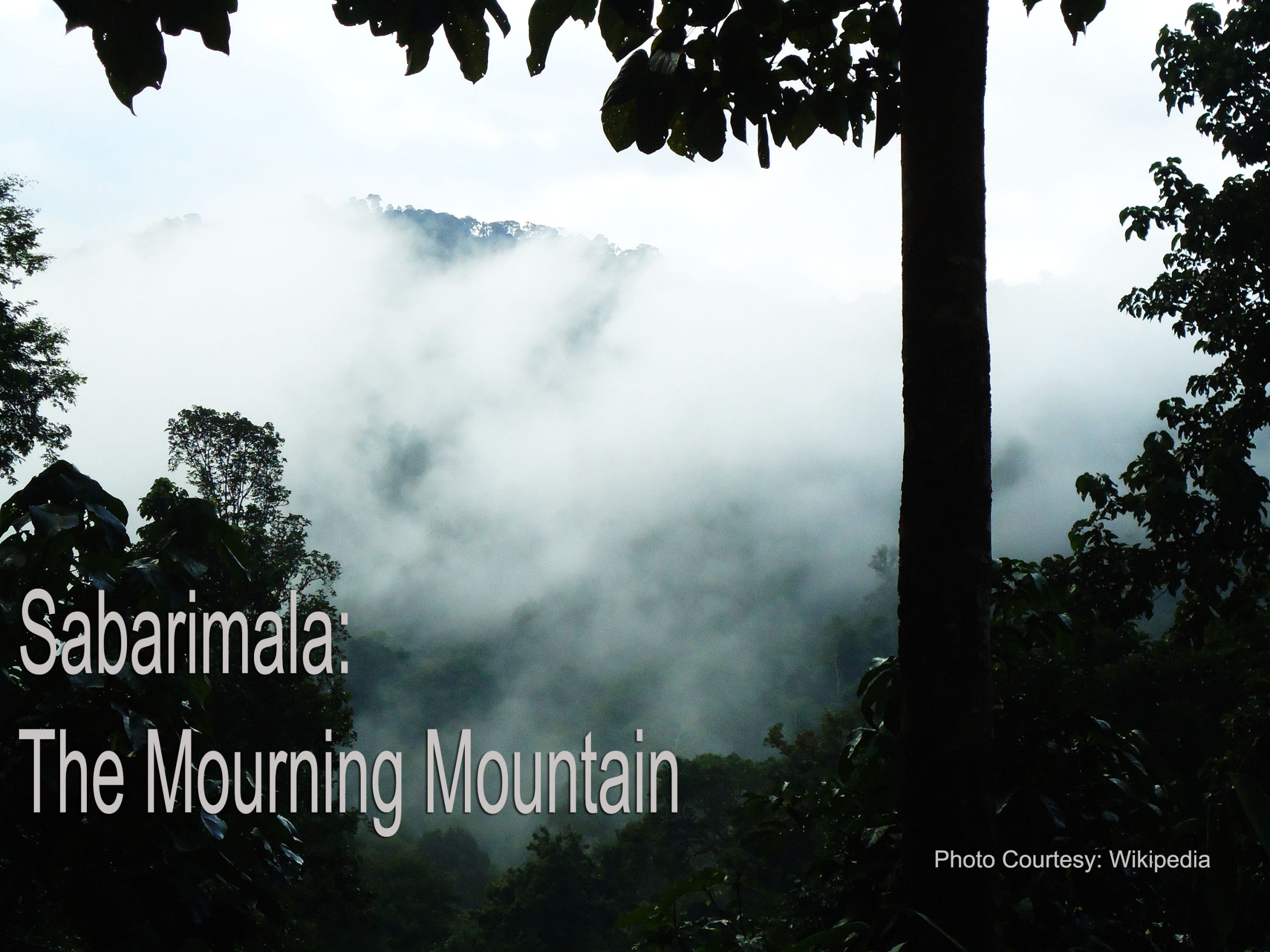 It was again a historic Good Friday. On 28th September 2018, the Supreme Court put an end to a decade-long legal battle in a Landmark Judgement by lifting the ban on the entry of women into the famous Sabarimala Temple in Kerala where Lord Ayyapa, the celibate deity is consecrated.

Apex Court observed that ‘physiological’ and ‘biological’ factors can’t be given legitimacy if they don’t pass the muster of conditionality, which means women and men are equal.

In its verdict, the Bench observed that Article 25, ‘the right to practice religion’, is applicable to both men and women.

The five-judge constitution bench headed by Chief Justice Dipak Misra, in a 4:1verdict, said banning the entry of women in Sabarimala temple is gender discrimination and the practice violates the rights of Hindu women.

While dissenting the historic verdict, Justice Indu Malhotra observed that the petition does not deserve to be entertained. She was of the view that it is not for courts to determine which religious practices are to be struck down except in issues of social evil like ‘Sati’.

Justice Indu Malhotra observed that the issue is critical to various religions and accordingly, “Issues of deep religious sentiments should not be ordinarily be interfered by the court.

The Sabarimala shrine and the deity is “protected by Article 25 of the Constitution of India and the religious practices cannot be solely tested on the basis of Article 14……Notions of rationality cannot be invoked in matters of religion…What constitutes essential religious practice is for the religious community to decide, not for the court”; Indu Malhotra further observed while the Apex Court passes the historic 4:1 verdict.

This is the simple intro of the story. But the impact of the event is not so simple. The historic event has flamed the situation not only in Kerala but the whole of south India. The holy mountain is now mourning for its irreparable spiritual demolishment and its disharmonized devotee’s state wide.

As dissented, doubted or anticipated by Justice Indu Malhotra, the holy hills of Sabarimala is now literally burning amidst the police crackdowns and the devotees’ emotional explosions. The government and the police may be executing the justice to uphold the apex justice and we could not blame them either legally or in terms of legislature. In the same manner we could not condemn the devotee’ for registering their claims on ritual righteousness, religious sentiments and religious practices. In a critical scenario where the protestors and the protectors stand for the ultimate rights and justice, naturally societal or communal clashes and calamities will arise. And such clashes and calamities will definitely flare up and generate communal disharmony and anarchy in the society. This is what the final outcome we have in the holy hills of Sabarimala.

On assessing the events factually I would say that the Sabarimala issue has been stealthily politicised by the government and the opposition parties. The affected innocent community in the midst of this filthy politicization process have become scapegoats and the government and the political parties are bargaining for the blood and muscles of the poor scapegoats. Unfortunately these poor scapegoats were our respected women, especially mothers.

Now the issue has become the nucleus of the super egos of the government and the opposition parties. We should never forget the tragic fact India is a country where hundreds of clans, tribes, religions and communities divided on the basis of class, creed, colour, rites, rituals and languages. Psychologically speaking this could be termed as fanaticism. Hence we should also never forget the political fact that all the political parties have banked their votes exploiting the above said fanaticism. In fact it will be very difficult to solve the issues related to such fanaticism without blood-shed. The issue of Sabarimala; no doubt is such an issue of fanaticism and blood-shed.

At this critical juncture, we have to reconsider the valuable observations of Honourable Justice Indu Malhotra that dissented the verdict on Sabarimala. In fact she is the only woman justice who registered her dissent on behalf of women in the five-member constitution bench. The State government, Devaswom Board and the Political parties should therefore form a consensus to set aright the emotional crisis that are going on in the holy hills of Sabarimala. The verdict of the Apex court has to be reviewed exploring all the possibilities that lead to file a review petition. It’s true that the government could suppress the discordance at any cost to maintain law and order to honour Apex court verdict and it is also equally true that the frenzied and fanaticized sections of the society could flare up the unpleasant situations to unfathomable heights. In effect anarchy will reign and the state will become a devil’s own country instead of God’s own.