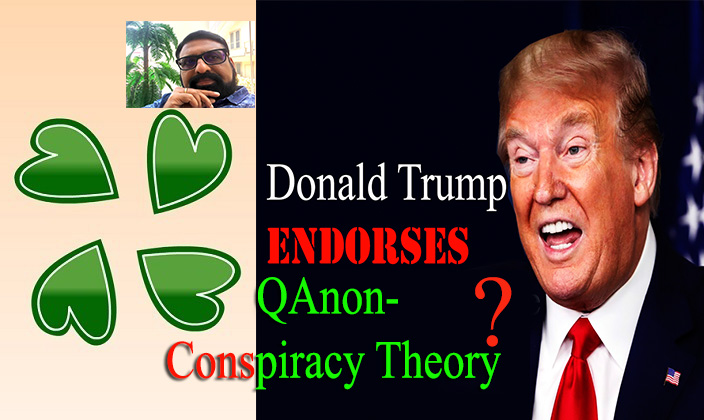 QAnon is now streaming and waving in America. Everybody is after QAnon and nobody knows exactly what QAnon is. But the streaming and waving quiet flows in America. The social media platforms including YouTube have removed innumerable videos and references that are related to QAnon. Democrats allege the Republicans or the Pro-Trump camps for the championing behind QAnon. But Mr. Trump responds almost equivocally.

The social media platforms in the context say that it was necessary to take steps in their efforts to curb hate and harassment against someone. They are claiming that their hate and harassment policies aim to prohibit content that targets an individual or group with conspiracy theories that have been used to justify real-world violence.

QAnon began in October 2017 on the 4chan, an anonymous internet message board, where anonymous users are able to put a series of posts that are being claimed to be involved in a secret investigative team headed by President Trump. They even claimed to have high-handed security access within the US government, known as “Q clearance”, later known as QAnon conspiracy theory.

It is also generally alleged that President Trump has used his Twitter account to promote the QAnon conspiracies. But Mr. Trump has denied all these allegations in an equivocal manner. Though Mr. Trump is said to have retweeted such conspired remarks to his 87 million followers, he said that he knew very little about the QAnon and at the same time he has refused to denounce the QAnon and simply remarked it a re-tweet.