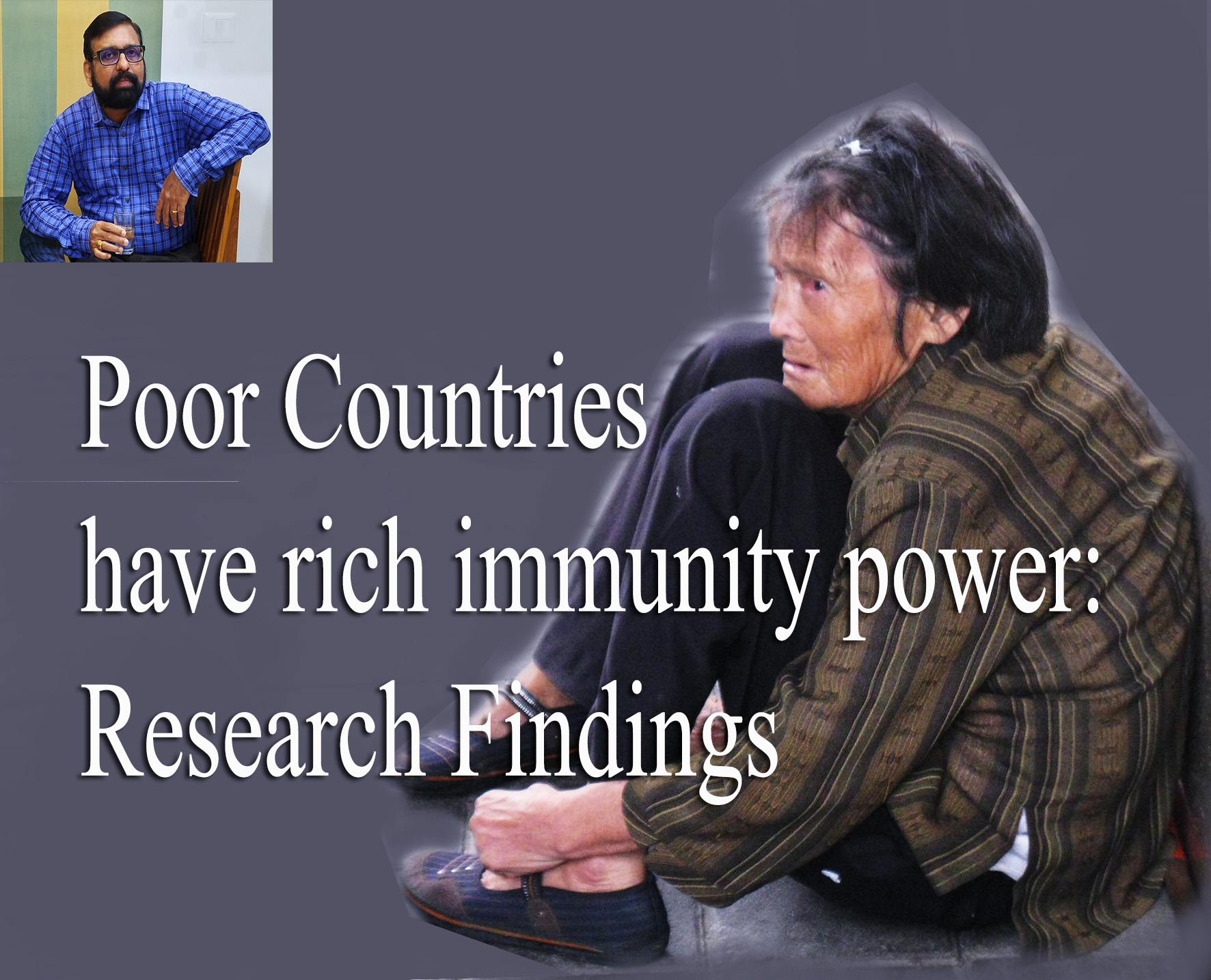 Researchers have found that low hygiene, lack of primary needs which include clean drinking water, and unsanitary conditions may have actually saved many lives from severe Covid-19 all over the world including India.

The research findings have forced them to propose that people living in low and low-middle-income countries perhaps been able to stave off severe forms of the infection because of their enforced exposure to various pathogens from childhood, which in turn have provided them sturdier immunity to Covid-19. The remarkable research papers are yet to be reviewed and studied on the basis of deaths per million of the population to compare fatality rates related to Covid-19.

Dr. Mande, one of the authors of one study has gathered available data from 106 countries on two dozen parameters like the density of population, demography, the prevalence of diseases, and the quality of sanitation. The researchers of this study have found that more people had died of Covid-19 in high-income countries. Whereas people in poorer, low-income countries seem to have a higher immunological response to the disease compared to high- income segments, hence, low fatality rates.

The other research paper that has released from India collected data from 122 countries, including 80 high and upper-middle-income ones, has found that the Covid-19 deaths are lower in countries that have a higher population exposed to a diverse range of microbes, particularly of what is called “gram-negative bacteria”. Actually, these “gram-negative bacteria” are typically responsible for severe pneumonia, blood, and urinary tract, and skin infection that has aggravated Covid-19 deaths. These bacteria are believed to produce antiviral cytokine – molecules that help fight pathogens, called interferon which protects cells against the coronavirus attack.

Millions of Indians have limited access to good hygiene and do lack the primary needs which include clean drinking water, and suffer from unsanitary conditions and this may have actually saved many lives of Indians from severe Covid-19; says the study.

However, the World Health Organisation says contradictory to this. They say that safe water, sanitation, and hygienic conditions are essential for the protection of health against Covid-19. A combined study by the WHO and the United Nations’ children’s agency, UNICEF, has found that nearly three billion people,i.e., 40% of the global population and living almost entirely in developing nations do lack “basic handwashing facilities”. This was strong enough to spark grave concerns of the coronavirus all over the world, including India.

But some scientists and research scholars have the opinion that these findings could not be taken into account scientifically, because still have more to learn about the virus as we are having only 10 months of experience into the pandemic,