No News for Nose 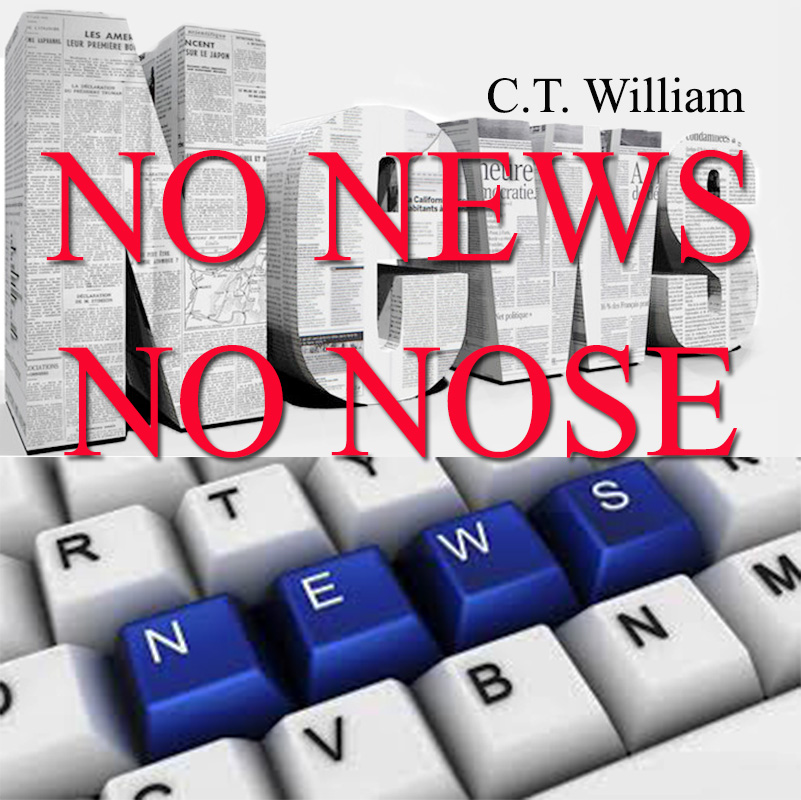 Kerala is a place where so many journalism aspirants sacrificed their life for being ideal journalist. The revolutionary iconic source of their inspiration is no doubt Swadeshabhimani Ramakrishna Pillai, the motivating spirit and Role Model who was unquestionably consecrated as the father of Journalism in Kerala. Consequently some chosen in olden times were succeeded in their brave attempt of being Swadeshabhimani (Proud Patriotic). Whereas majority of the kind in later period have become successful in their attempt for being Swabhimani (Proud of being selfish) under the covetable shade of being Swadeshabhimani (Proud Patriotic). And this species is still reigning the realm of Journalism today.

Journalism in pre-independence days have a missionary role and this democratic role was entrusted upon the Lords of the Press then, for preserving the spirit of freedom and nationalism. As entrusted by the pre-independent India they have lashed their swords of journalism to capture and seize the lost spirit of freedom and nationalism from the imperialistic British. It was based on this nationalistic tradition of the Press during pre-Independence period that branded some newspapers as National.

Gradually, afterwards independence the press owners after the completion of their missionary role transformed themselves to press barons to act as the supporting pillars of the government and the rulers. Historically and a little politically the press has become the so called fourth estate in our public fabric. The pillars acted so, for not so long due to their mechanical type of iterating media services and immediately they have further transformed themselves to a covetable product of bargain. The press thus expanded their domain unlimitedly to form another corporate to sell journalism on demand basis.

Journalism, while on its inevitable move towards metamorphosis, the age-old printing and delivery mechanism have changed and a newer species of journalism was born as a part of industrialization and technocracy. Consequently journalism has changed its role from missionary to industrial. The press has thus branded itself as industry where the press barons have turned industrialists and the journalists, industrial labours. Afterwards, the whole industry was concentrating on the craftsmanship of journalism as a product and the product was continuously innovated as per the requirements of the industry and its market. As a result news are either fabricated or bought or imported as per the demand of the buyers or customers.

Our corporate media or media persons need not be concern with the tragic transition with our historic journalism or journalists. Because in the modern context, no media could stand on its legs without the support of the corporates. Without the corporate money no media will survive. They have therefore in fact the tools that could tap money from those corporates. No wonder our new species of media persons are also well-trained to grab money for those corporates who feed them. The revolutionary online media Tehelka that emerged once to refine our contaminated journalism even could not survive in this. The other such online products emerged later are also suffered the same tragedy that befell on Tehelka. Some online media even though they boasts not so, at the same time barters the truths and facts with money or with what is equivalent to money.

This be the existing facts and scenario, what will we do; the minority that aspires for truths and facts. Nothing to do is the answer. These minority is always misinformed, misdirected and mistakes-laden with the improper delivery of information or news. The truth is that they are led to traps that demolish their whole domain. The only path before this minority, now grown to a majority; is the total rejection of the contemporary media. And their only abode to enjoy truths and facts is the vast expanse of social media. But unfortunately this last abode was also contaminated by the media and media persons for the sake of the minimal existence of their media establishment. The people are thus continuously hunted. No escape. No landscape on earth to save these poor aspirants of information.