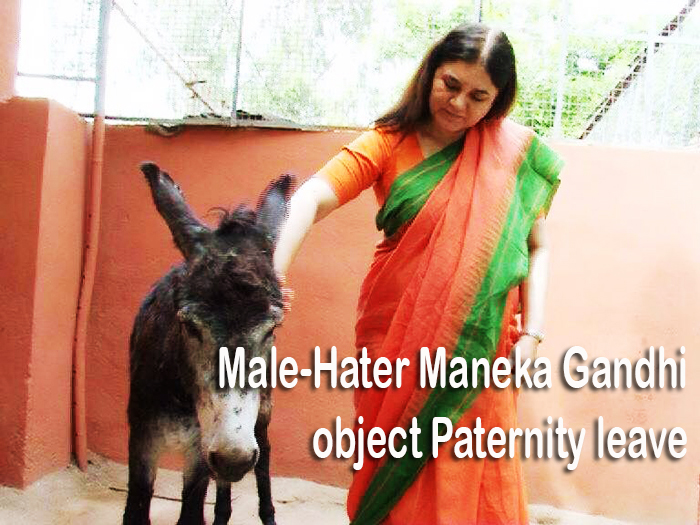 Maneka Gandhi, Women and Child Development Minister Stones the male folk of having the right for paternity leave. She had tweeted with sharp stones over men folk saying the “right” will be the “right to another holiday for men”.

“I will be happy to give it, but for a man it will be just a holiday, he won’t do anything,” the accused male-hater added.

But, the gossip goes that the criticism is not exclusively by Maneka Gandhi. Some of the male members at the cabinet also rose against the right to paternity leave. The Labour Minister Bandaru Dattatreya is of opinion that employers may not be too keen on the idea of both men and women taking leave at the same time. It will affect the administrative machinery. Men could take “sick leave” if they desire to was the final conclusion in the pregnant matter.