Light posts make Heavy loss to the State Electricity Board. 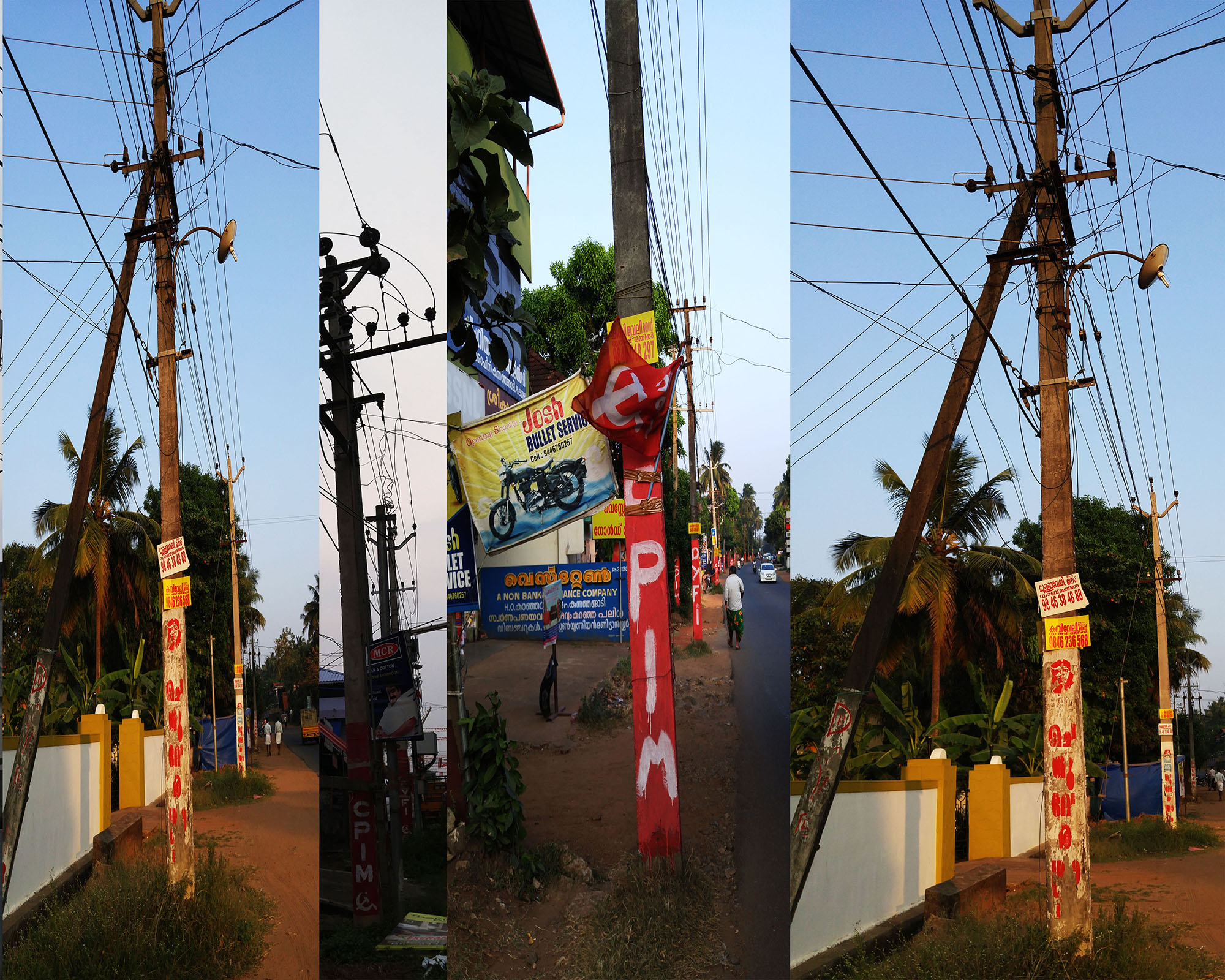 The State Electricity Board is running at a loss of Rs. 200 Crores every year due to unauthorized advertising on its electric supply poles and transformer installation structures.

The electricity poles of KSEB are being utilized for advertising by the local firms to the corporates. Recently advertisements of various political parties have eaten away almost all the spaces that is available in the electric poles erected all over Kerala. However major share of advertisement have been placed by the CPIM. Since the Minister for Power belongs to this party, the issue has been a murmur among the general public.

Following the High Court intervention some years back, the rental for the electric pole was fixed @Rs. 311 per pole in addition to the local taxes. This rate was fixed in connection with the installation and distribution of the Asianet Cable Network. According to this agreement, the board will levy an additional 5% as annual increment of the rental. As on today, this rate might be around Rs. 400 rupees per pole; i.e., two rupees per day.

It could be estimated at the minimum that there will be at least three lakh electric poles in a district. If we take this a yard stick, there will be a total of about 50 lakh electric power poles in Kerala. Considering the current rental that had been applied to Asianet, there would be a total loss of Rs. 200 Crores per year to the KSEB. This substantial and decisive amount was being eaten up by the local firms to the range of corporates. Asianet is the only corporate that is properly paying its rent to the KSEB.

The Board has used to raise its voice now and then against this unauthorised putting of advertisement on the electric poles and other installations of the Board. But the odd voices are in vein due to the political interferences. There are lot many serious mishaps are reported due to these types of unauthorised putting of Posters with maida-made adhesives that causes line men to fall down slipping during rainy season. The iron nails and wires used for the erection of advertisement boards also caused unpleasant mishaps to the lineman who are engaged for the electric line patrolling.