Now US pressure, Is Hydroxychloroquine a drug that treats COVID-19? 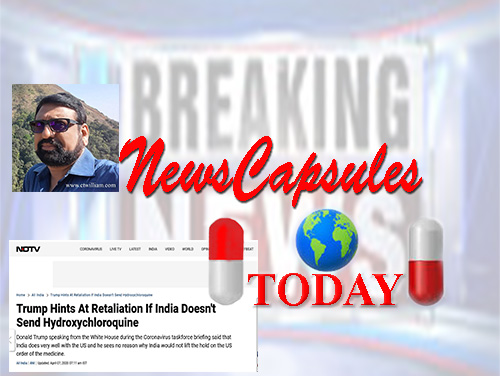 Believe it or not, media sources reveal that Dr. Didier Raoult, a renowned doctor in France has treated 80 patients with Chloroquine, the drug applied for the curing Malaria claim the clinical results that out of 80 patients treated 78 recovered within 5 days.

The liberal Washington Post said to be reported recently that New York is using the drug as a treatment for COVID-19. However, in America, considerable political confusions have developed over Chloroquine, but New York should be out with the results which may lead to a US-wide sanctioned usage of treatment. It is known from the media sources that “New York will use three medications; Hydroxychloroquine and Chloroquine in combination with the antibiotic azithromycin, contributed by the Federal Emergency Management Agency and Amneal Pharmaceuticals…… the first wave of patients will receive Hydroxychloroquine and azithromycin.” Amidst these facts and figures, the other day BBC has reported that the use of Hydroxychloroquine for the treatment of COVID-19 patients as it has been said to be reported is fake news.