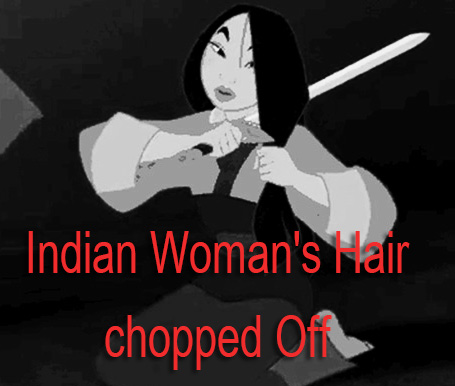 A kangaroo court is a judicial tribunal or assembly that blatantly disregards recognized standards of law or justice, and often carries little or no official standing in the territory within which it resides. The term originated from Australia, may also apply to a court held by a legitimate judicial authority who intentionally disregards the court’s legal or ethical obligations.

Woman accused of having an extra-marital affair by Shalishi Sabha in Murshidabad. Woman and her husband asked to pay Rs 6,000 to Shalishi Sabha as ‘cost of honour’.

Sources say that 32-year-old woman; a resident of the Chandpur village of Nowda area was accused of having an extra-marital affair. The members of the kangaroo court allegedly have beat up the woman and also forced her husband to cut off her hair as an exemplary punishment.

Police sources said that they have arrested two persons named Imadul Sheikh and Liton Sheikh based on the FIR lodged by the victim and her husband. The search for the third accused is on.