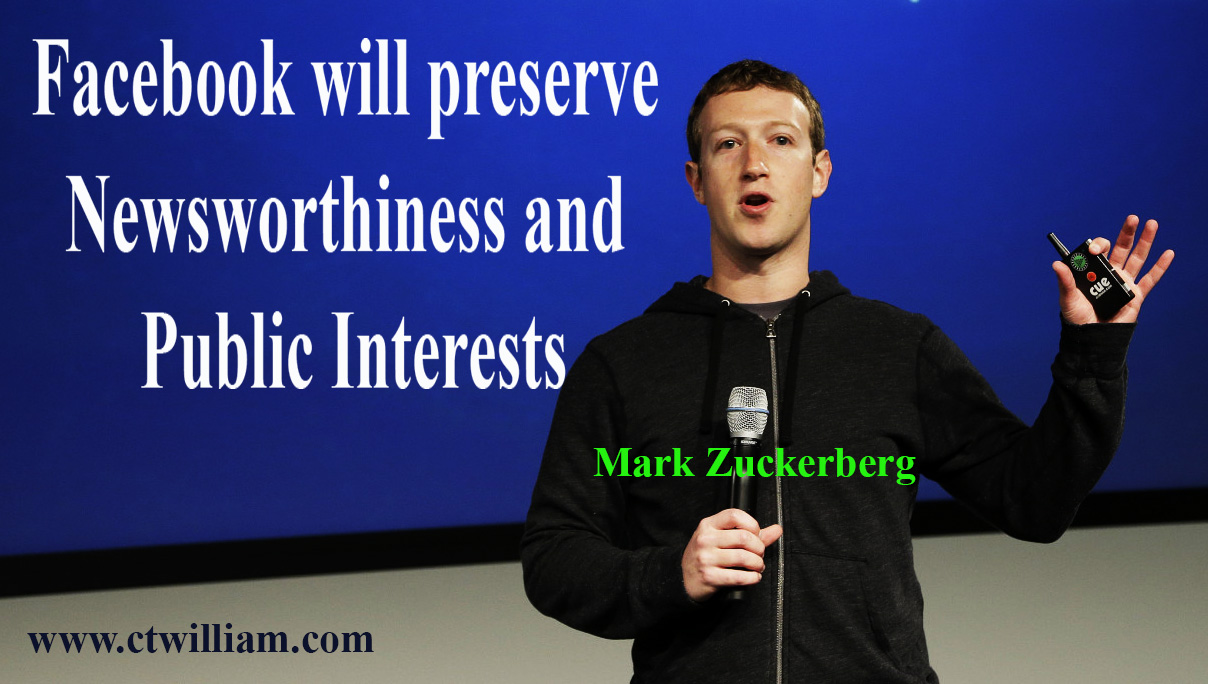 Facebook Vice Presidents Joel Kaplan and Justin Osofsky in their announcement said that will consider the newsworthiness and public interest of such posts before removing them from Facebook Timeline. Their corporate goal is to channelize community values and interests; the presidents emphasized. Facebook is consulting the matter with the experts in the respective areas for a better and effective communication of news and public interests.

The announcement was made in the context of repeated criticism of Facebook from news and charity organizations for their important posts being taken down from Facebook without notice. Honouring the criticism and observing the complex global standards for the community, Facebook has promised its members that they will consider the importance of the posts with respect to the public interest and worthiness of news before removing such posts for violating community guidelines.

Facebook will work with their community and partners to explore exact social media operations through the new tools and approaches for its implementation and enforcement. Facebook will allow more images and stories without posing safety risks or showing graphic images to minors and others who do not want to see them.

Recently Facebook has removed some pictures, videos, advertisement and news from Facebook observing its community guidelines. The removal strategy has become controversial and it ended up with the suspension of an Editor-in-Chief of a Norway newspaper. The newspaper and the editor have then severely criticized Facebook and its Boss Mark Zuckerberg against their censorship.

Later on Facebook reinstated those post and news items and apologized for its removal. The remarkable announcement by the Vice Presidents of Facebook was made in this context.