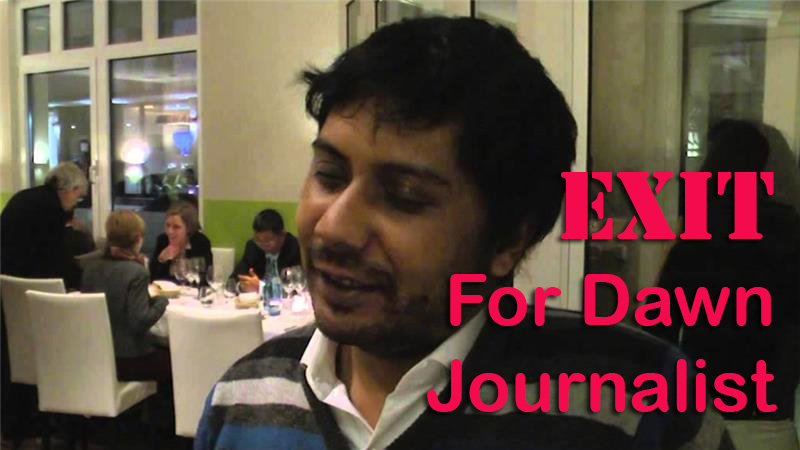 Cyril Almeida, Dawn’s assistant editor and prominent journalist has made his remarkable tweet on 11th October 11, 2016 exactly at 12:47 AM as follows:-

On October 6 Almeida cracked the exclusive news report, that some in the civilian government complained at a top-secret meeting that they were being asked to do more to crack down on armed groups, yet whenever law-enforcement agencies took action “the security establishment … worked behind the scenes to set the arrested free”. Evidently there was a rift between the country’s civil and military leaderships.

In response to the news Pakistan reacted bitter and put on his name in Pakistan’s Exit Control List.  The Exit Control List is a system of border control maintained by the Pakistan government under an ordinance which allows it to bar people whose names appear on the list from leaving the country.

Insisting that the law should apply equally to all, the civilian government’s representatives at the meeting gave warning that Pakistan risked international isolation if the security establishment did not take the recommended course of action; Almeida’s scoop indicated.

The report further said that the arguments made by the foreign secretary and the Punjab chief minister during the meeting in the prime minister’s offices were designed for a burning debate with the military leadership.

At the same time, a spok­es­­man for the Pakistani Prime Minister’s Office has rejected Almeida’s report, commenting it “not only speculative but misleading and factually incorrect” and labeling it as an “amalgamation of fiction and fabrication”.