Every seven seconds a child is married. 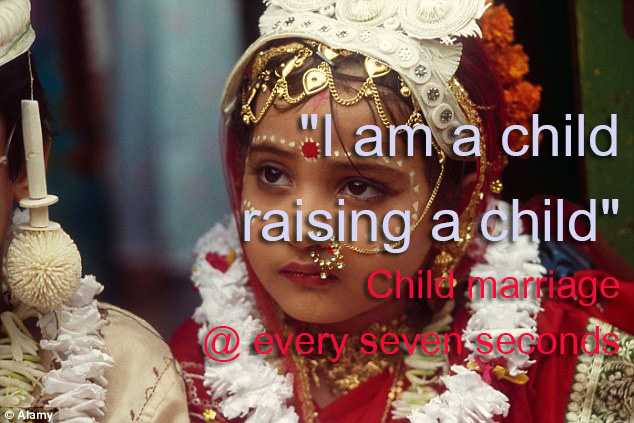 The report by Save the Children explodes the finding that One girl under the age of 15 is married every seven seconds in the world. Conflict, poverty and humanitarian crises are seen as major factors that enforced child marriage.

The report says girls as young as 10 are forced to marry much older men in countries including Afghanistan, Yemen, India and Somalia. Early marriage can trigger a cycle of disadvantage across every part of a girl’s life; the report added.

“Child marriage starts a cycle of disadvantage that denies girls the most basic rights to learn, develop and be children……Girls who marry too early often can’t attend school, and are more likely to face domestic violence, abuse and rape. They fall pregnant and are exposed to STIs (sexually transmitted infections) including HIV.”

“I feel really blessed that I am having a baby. But I am a child raising a child.” Report exposes the response of a child.

The UN children’s agency, UNICEF, estimates that the number of women married in childhood will grow from 700 million today to around 950 million by 2030.