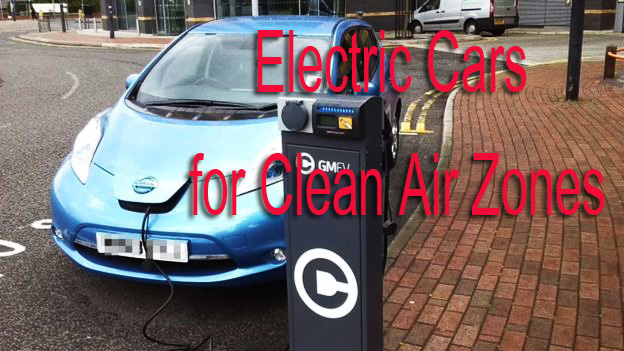 Electric cars are on the roads to ensure Clean Air Zones. The New-Gen automotive could be given priority at traffic lights and exempted from one-way systems, under new proposals.

The drivers will be encouraged to choose Electric Cars for global planning for clean air zones in the world.

These five cities were chosen for their high levels of nitrogen dioxide, often caused by diesel fumes. Other local authorities in England will be able to create clean air zones voluntarily.

The Department for the Environment, Food and Rural Affairs (Defra) has released the sensitive data that approximately 40000 people die a year in UK alone due to air pollutants.

Recently UK Supreme Court has ordered to take action to meet European limits on air pollution in the country.

Within the clean air zones, local councils can create new road layouts allowing electric vehicles (EVs) to bypass one-way systems or get priority at junctions. They could also be given preferential parking spaces and lower charges.

New traffic rules will restrict access to older buses, coaches; taxis and Lorries with emit high levels of gases such as nitrogen dioxide.

Registrations of new ultra-low emissions vehicles, such as plug-in electric cars, are rising sharply. Between April and June 2014, there were 2,738 electric vehicles registered compared with 9,657 in the same period this year in UK. Evidently there is a rise of 250%.

A £35m plan to increase the use of electric vehicles was also launched by the Department for Transport, offering thousands more charging points across the country.