Beirut: The Man-made Earthquake or Disaster 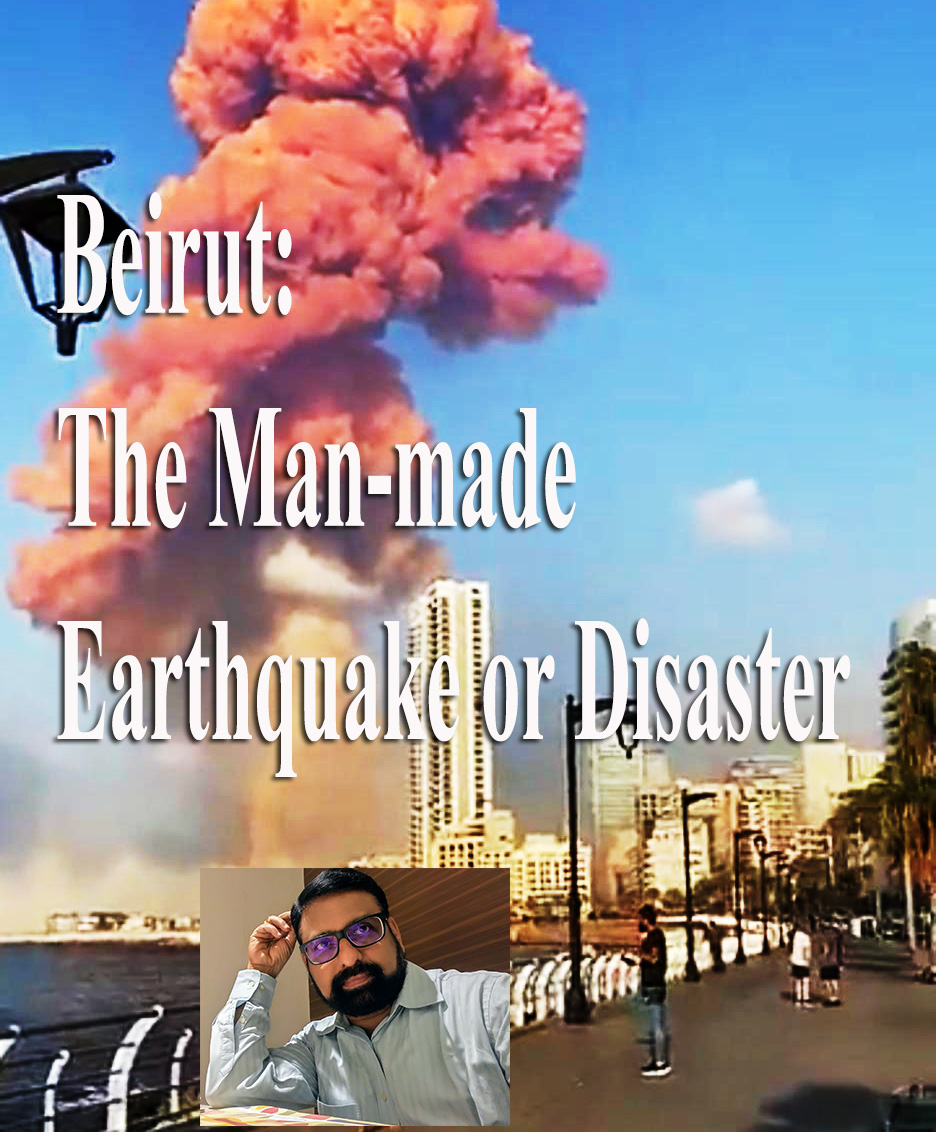 An irresponsible human Being or Bomb might have exploded 2,750 tonnes of ammonium nitrate stored unsafely in a warehouse nearby Beirut Port. The ammonium nitrate had reportedly been confiscated and unloaded from a ship impounded at the port in 2013, and then stored in the warehouse for the last six years. Experts say that the explosion had one-tenth of the gravity when compared to the historic atomic bomb explosion in Hiroshima during the second world war. Agitation against the government has spread all over the country.

The blast felt 240km (150 miles) away from the island of Cyprus in the eastern Mediterranean leaving the port into a graveyard of human and non-human debris. The port has been largely destroyed by the blast. About 135 people dead and 4000 injured in the man-made disaster. People found missing is yet to be identified. About 300000 people become homeless. Amnesty International has called for an independent investigation in the incident that has drastically violated the human rights of the people for so long.

The eye-witnesses say that explosion is very similar to that of an earthquake or a heavy bomb explosion. The explosion has badly entered the unpleasant and sensitive period for Lebanon, with its acute economic crisis sandwiched the coronavirus pandemic. People have expressed their great concern over the negligence and irresponsibility of the government. They alleged the government for being terribly incompetent.

Besides, the country is very much anxious about the aftershock of the forthcoming verdict over the killing of ex-Prime Minister Rafik Hariri in 2005. This might also lead to the suspicious nature of the man-made disaster. However, the government has declared for the probe and said the investigation will be taken by the experts. All the port officials are under house arrest. Two officials stepped down. 16 people have been taken into custody.